Leonardo, my fourth child, was born at Jackson NICU at 25 weeks. I had spent the entire six months of my pregnancy confined to bed with placenta previa complications. I went from my bed to the bathroom and back – that was my life. My Jackson medical team wanted me to hold on to him as long as possible. I was fighting for his life and fighting for mine.

And yet through all of it, I believed deep in my heart that my child would be okay and my faith would see us both through. Leo was born just 1 lb 7oz. It would be 2 days before I could lay my eyes on my baby. His skin was so transparent you could see his veins and 8 IV machines were attached to his tiny body. He was born with a brain hemorrhage causing seizures and his blood pressure was high.

He fought for his life every single day and every single day I traveled from Homestead to Jackson in the evening, after my kids were settled, to be with him. I never knew what disaster awaited me when I walked through those doors and I was terrified. I remember the night I was told by Leo’s doctors to pray – they didn’t think that he was going to make it. He had an overwhelming infection and they couldn’t figure out what it was. I dropped to my knees in the bathroom and for an hour I just prayed and begged G-d not to take my baby. I loved to sing to him and that night I sang to Leo and left singing to him. The next day I walked in – Leo and the doctors had won the battle.

Three days before he was discharged, at 5 months, I got to hold Leo for the first time.

I had given up my job as a medical assistant during my pregnancy and now I was taking him home to be his 24/7 caregiver. He had chronic lung disease and asthma and needed to be on a breathing machine every day. He was also on medication for his seizures. My life was completely wrapped up in his care and it took every bit out of me. During those 7 months at home, he was hospitalized 12-13 times. We never took him out for fear of exposing him to viruses – we were terrified.

I was told he would need many different therapies because of his delays. A friend in the medical field recommended PATCHES. When he was a year old we brought him to PATCHES. At PATCHES he has learned to walk and talk. He adores his physical therapist and loves his nurses. What struck me about the nurses at PATCHES is how much they all love him and how they are totally dedicated and on top of his healthcare. They will make the doctor’s appointments for Leo and remind me when I need to take him. They’re on top of everything.

Now he’s three and doesn’t stop – he’s a real handful!!  He is full of energy  – calls himself Spiderman  I have gone back to work part-time while Leo comes to PATCHES every day. I am so grateful. 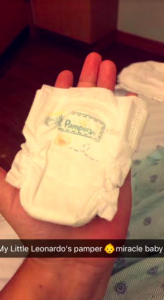 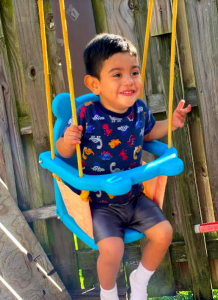 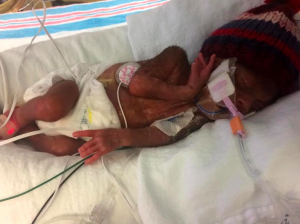 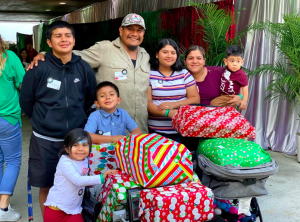